No matter what your product is, its quality is of primary importance. Therefore, you need to introduce solid testing processes to your project. Both manual and automated testing ensure the flawless work of the developed functionality and its user-friendliness. In this piece, Andersen’s QA experts will provide insights about test automation, which is a modern trend in the IT sphere. Does every project need autotests? When is the right time to turn to automation? What processes should you automate first? Read on to learn when to seek help from a test automation company to ensure your project succeeds.

What is test automation?

In the case of manual testing, all verifications are performed by QA engineers who are in charge of product quality. They take on the role of users, simulating situations according to the task requirements and recording the results. Some parts of the functionality might work incorrectly. When a manual tester finds these defects, they create a document describing the problem, or the bug, and pass it on to a software developer. After the bug is fixed, the QA engineer rechecks the functionality.

Test automation is an approach that necessitates the usage of dedicated software. The testing is performed according to scripts written by a QA automation engineer. The software emulates various activities, such as user actions, field validations, sending API requests, connecting to databases, loading on apps, and more.

Once written, autotests are executed as often as needed. If there are defects in some parts of an app, autotests will fail to execute and provide error descriptions that are transferred to developers. After the bugs are fixed, autotests are run again to recheck the functionality.

In test automation, the same steps are performed as in manual testing, however, they are done by a robot program and not by a human. Autotests are designed to help teams test faster and release new functionality more often. While it takes from two to four days to test a piece of functionality manually, autotests are able to cover it in several hours. This is especially useful for IT products that are constantly growing.

Why test automation is important

Despite its popularity, automation testing is a relatively new direction in IT. Therefore, there are some myths about it. Businesses often appeal to test automation believing that it will solve all their problems so that they can shift away from manual testing and release new functionality more often. However, just as with everything else, test automation has its advantages and disadvantages.

The most compelling benefits autotests offer are the following: 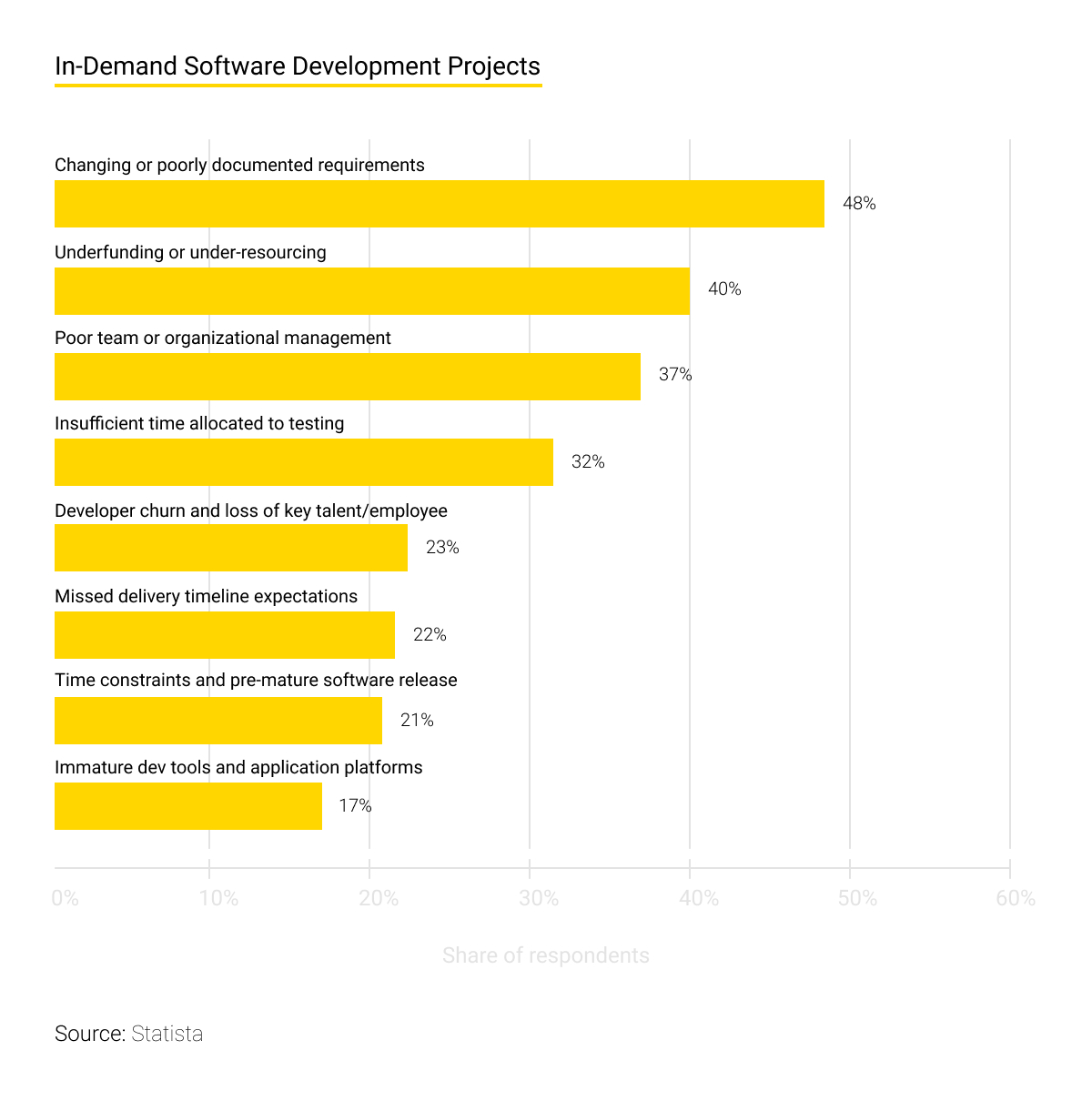 Along with the above pros, autotests also have cons, the most common of which are presented below:

To sum up, using autotests on a project significantly increases code reliability and product safety. When implemented thoughtfully, it gives significant benefits to a project. However, test automation can’t guarantee complete success. As it is a sophisticated process both in terms of writing code and organizing the work in teams, unprofessionally implemented automation will cost you more and take more time than if you didn’t have it at all. That's why working on large and complicated systems necessitates the involvement of qualified QA automation engineers with vast experience who will closely collaborate with the customer.

When to use automated software testing

Not every project needs test automation. In some cases, manual testing reinforced by additional scripts will turn out to be more effective. This being said, automation offers considerable benefits for long-term projects. There are cases when autotests were successfully implemented even after several years of product development.

When you opt for test automation on your project, you might wonder when to implement it. From our experience, automated testing is a good option in the following cases:

In order to deliver efficient results to each of our customers, Andersen provides them with personalized services by carefully evaluating every business problem and taking into consideration every detail so that we could come up with the best possible solution. Our use cases include:

When you decide to implement test automation on your project, draw up a plan for it first. Set the goals that must be achieved, e.g. faster regression, releasing manual testers from monotonous work, and reducing the budget for testing. Prior to implementing test automation, you should choose a programming language and a testing framework for it. This can be made after the project analysis stage and by taking into account the skills of the specialist who will support the autotests.

Experienced teams providing professional automation testing services will help you to consider all the important factors and find the best solution depending on your product needs. Andersen’s specialists help their customers to draw up effective personalized plans as automating everything won't work. You need specific goals that are achievable in the foreseeable future. A good practice is to use a standard test pyramid. 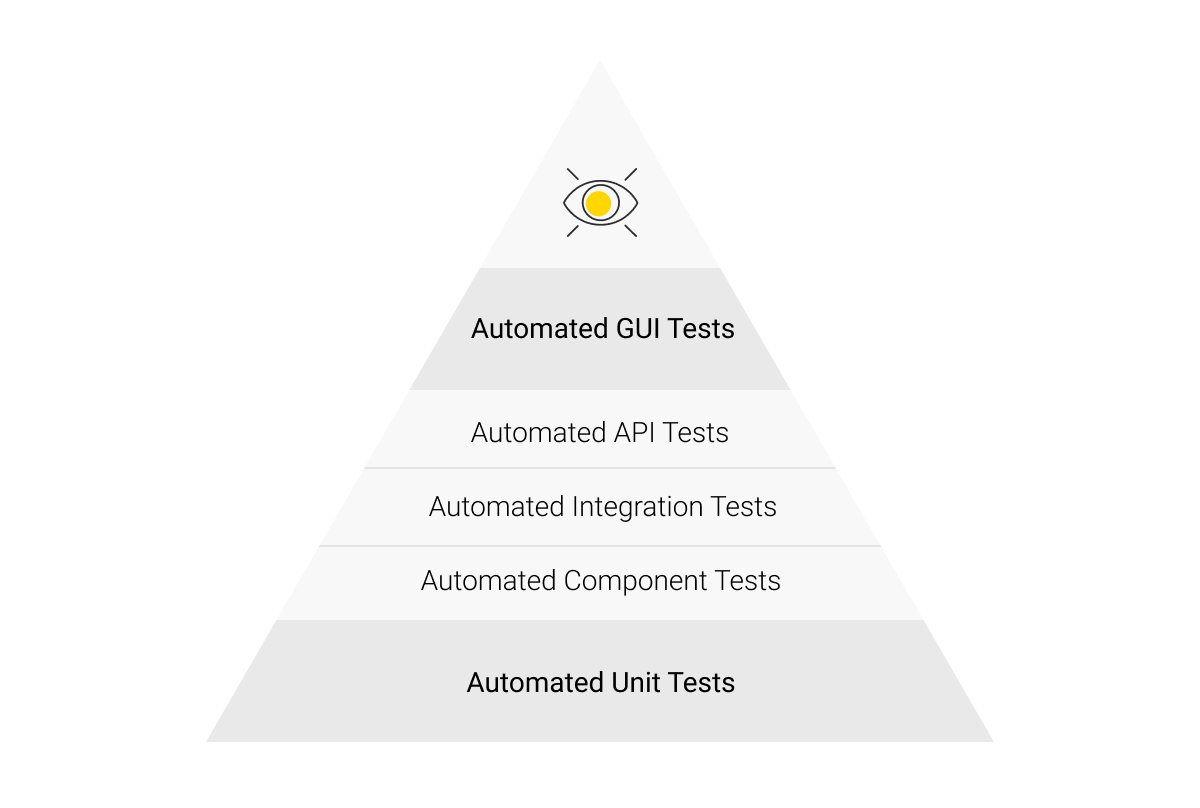 The pyramid is based on unit tests and integration tests. Then, depending on the frequency of a particular type of testing, a QA automation engineer can automate smoke tests and move on to automating regression tests. After that, frequently used features are usually automated, such as API requests, logging, working with databases, login, registration, online payments, and data validations. After the goals are fulfilled, the results should be monitored and analyzed.

Multiple factors determine the need for test automation on a project and its scope. Every project is unique, and therefore, it is reviewed and considered individually.

Employing professional test automation services will help your business find the best solution for your problem. For fifteen years, Andersen has been helping its customers to organize test processes depending on their business goals. Our specialists perform project audits and then offer their vision of how to organize test processes to tailor them to our customer’s needs.

Contact us, and our top-notch QA experts with a proven track record will be delighted to help you get your test processes up and running.

Our expert is ready to help you with complex processes. Schedule a free consultation.